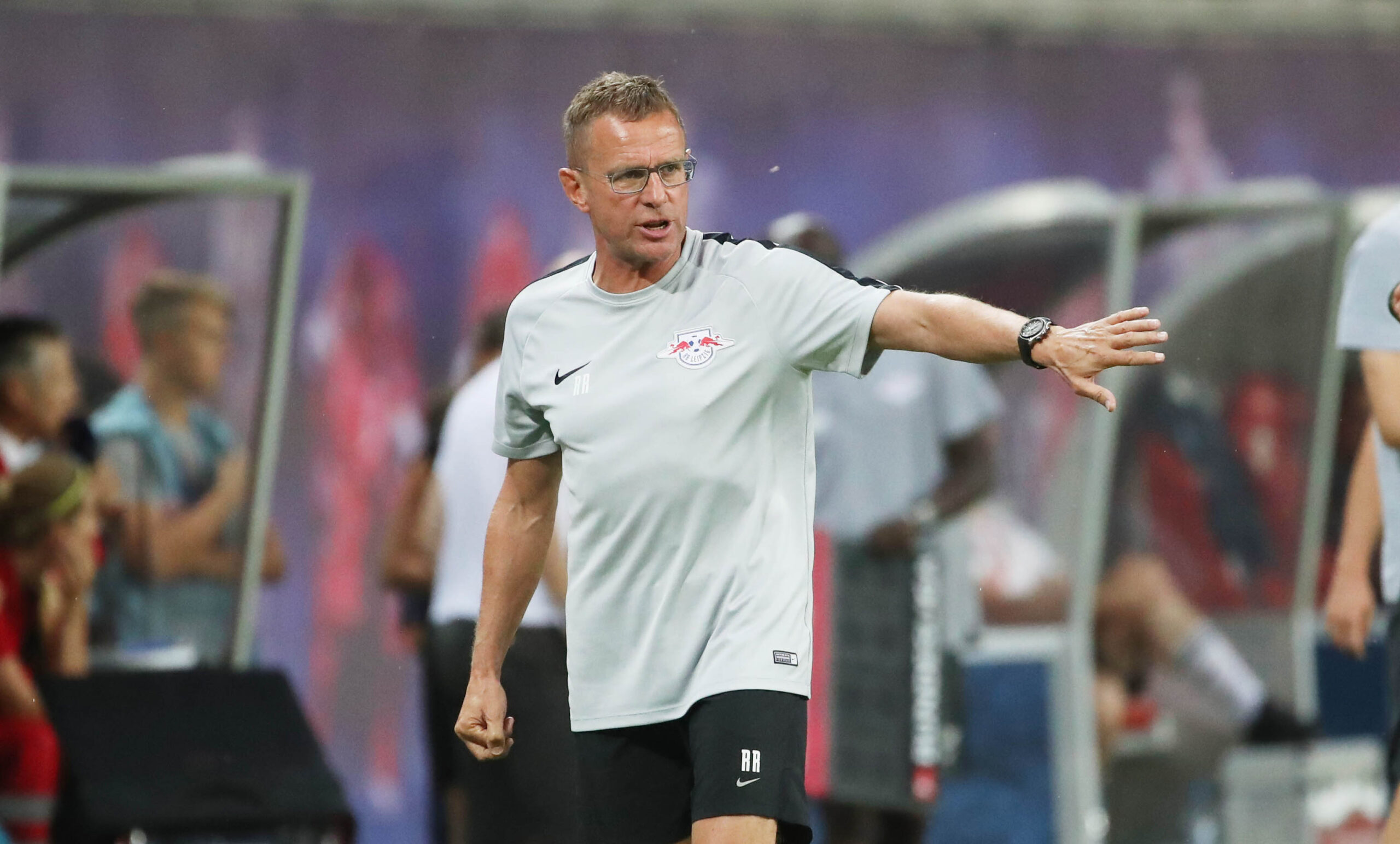 Part 2: A conversation with Ralf Rangnick

Hardly anyone else knows more about talent

Despite his great successes, Ralf Rangnick has never forgotten his roots. The “professor”, as many call him, was born in the small southern German town of Backnang. A man who has led a club from the lower leagues of German football to the UEFA Champions League in a very short time knows how to deal with talent. Rangnick is one of the greatest sports visionaries of our time.

... how the interaction between the club and parents works

“That brings us back to the training profession. But it’s not much different in other sports and professions: if a child has great talent, he or she must have started at the age of five. And at the age of eight or nine, they must practice for countless hours a day and then learn with the best possible teachers. In principle, it’s no different with footballers. Before 2000, football was “learned” on the street. But today, street football hardly exist anymore, and it will not come back, due to social and sporting developments. The professional club that trains and develops its players has now taken its place.

Back to the parents: If a boy wants to become a professional footballer and has talent, he is usually confronted with an offer from a professional club when he is 12. It always depends on where the talent lives with his family. If the offer for FC Bayern Munich then goes to a family in Kiel, for example, the whole family has to decide together how to deal with the offer. Should the 13-14-year-old boy move 600 km on his own or will the whole family move? Will the offer be accepted at all? Of course, the boy has to want it himself, but the parents will go along with him later. In this respect, there automatically has to be a good and close relationship between the club’s sporting management, the academies, and the parents.”

... what happens when parents decide against the will of the child

“When parents go against the will of their own child and send them to another part of Germany, you have to ask yourself whether they are fulfilling their function as “good parents”. Personally, I could never imagine doing something like that, sending my own child away.

In such a case, the departing club can only influence the parents. If the player already has an advisor at that age, then the club must also influence the advisor so that something like that doesn’t happen. I always advise the parents and advisors with whom I have to do that a child should stay as long as it is in good hands and allowed to play in the vicinity of home. That way, the child at least has a chance to balance school, education, social contacts, and domestic life, which is already difficult enough for talented youngsters.

If, however, the club that is poaching the talent feels that it cannot develop properly in its hometown, then it might make sense to let the child go. That’s what happened with Joshua Kimmich. The only reason we were able to bring him to Leipzig was that VfB Stuttgart didn’t give him that squad spot in the U23 team. In retrospect, that was a glaring error of judgment. But the boy made this decision himself, he wasn’t sent away by his parents.

Of course, the financial interest of the parents might influence them to ‘sell’ their own child. Unfortunately, this goes along with the increasing salaries in sport. For many, the big money in football is very tempting. Nevertheless, I can only advise every talented youngster to take a two-track approach right from the start: Sport and school. And it’s best to do that for as long as possible. In the past, players learned a profession, then played football for 20 years, and then that profession no longer existed.

Normal everyday life is not really possible for a football talent. A talent, no matter what kind, has to be nurtured and that’s not possible if the child goes to school normally and has a normal everyday life. If you want to challenge a talent properly, then everything else has to be planned around that talent. That’s why it’s so great that the football academies are so important in the Bundesliga. Football careers today start earlier and end earlier. At 30, you’re actually already old news. You cannot start looking for a profession at 30, with a completely different salary bracket. That takes some getting used to.

Of course, it’s not easy for a family to build everything around a child, especially since only very few of the talented ones actually make it at professional level. That’s why it’s important that the talents at the academies leave school with qualifications in case they do have to fall back on a normal profession. If it’s between semi-pro football in the 4th league or a real job, they’re better off concentrating on the latter.

Top talents will make it as professionals, but their journey but it can be delayed or accelerated by the influence of authority figures such as parents.”

... how to deal with a talent that does not make the jump

“It’s different everywhere. Usually, the academy director is in charge of that, and also the coaches. There are two types of challenges for a young talent each year. You have to well enough in school make the grade and well enough on the pitch be kept on by the club. Players are subjected to evaluation twice a year. Here we can come back to Kimmich: he was denied the wish to go up to the U23s when he was 18. But because he is such an incredibly driven person, that didn’t stop him. That’s why he’ll be captain of FC Bayern and of the German national team one day because he simply has this talent of personality. These players are usually also the ones who manage to graduate from school with good grades despite missing quite a lot from school. Even if he misses 30% of classes, he still graduates with a better grade than others who are not professional footballers. Because he has this strong will.

In the end, the people in charge of a club decide how to deal with a player who doesn’t make the cut. Then the advisors and the parents come into play again. Ideally they’re be in the same boat. They have often already planned for the worst case, for the intermediate case, and for the best case. This applies both to an early end to a professional career due to a lack of talent, or due to injury.

Every club needs a career planner and advisor who looks after the talents’ path on a full-time basis. Unfortunately, there are only a few clubs that already have such a person at their club. The clubs in England are way ahead of us in that respect. But at the end of the day, it’s the responsibility of the club management to offer support for their youth players. The 2% who make it to the professional level don’t have to deal with that, but the vast majority, 98%, need this support. Of course, parents and advisors have to be aware of what a big responsibility they have. But the club definitely has to step up as well.

Talent acquisition starts so early these days. They get to the Bundesliga early enough. If a 10-year-old child has the chance to be promoted in his club, getting coached by someone who does a good job, then he should stay at the home club.”

“Part 1: A conversation with Ralf Rangnick” can be found here on our blog!