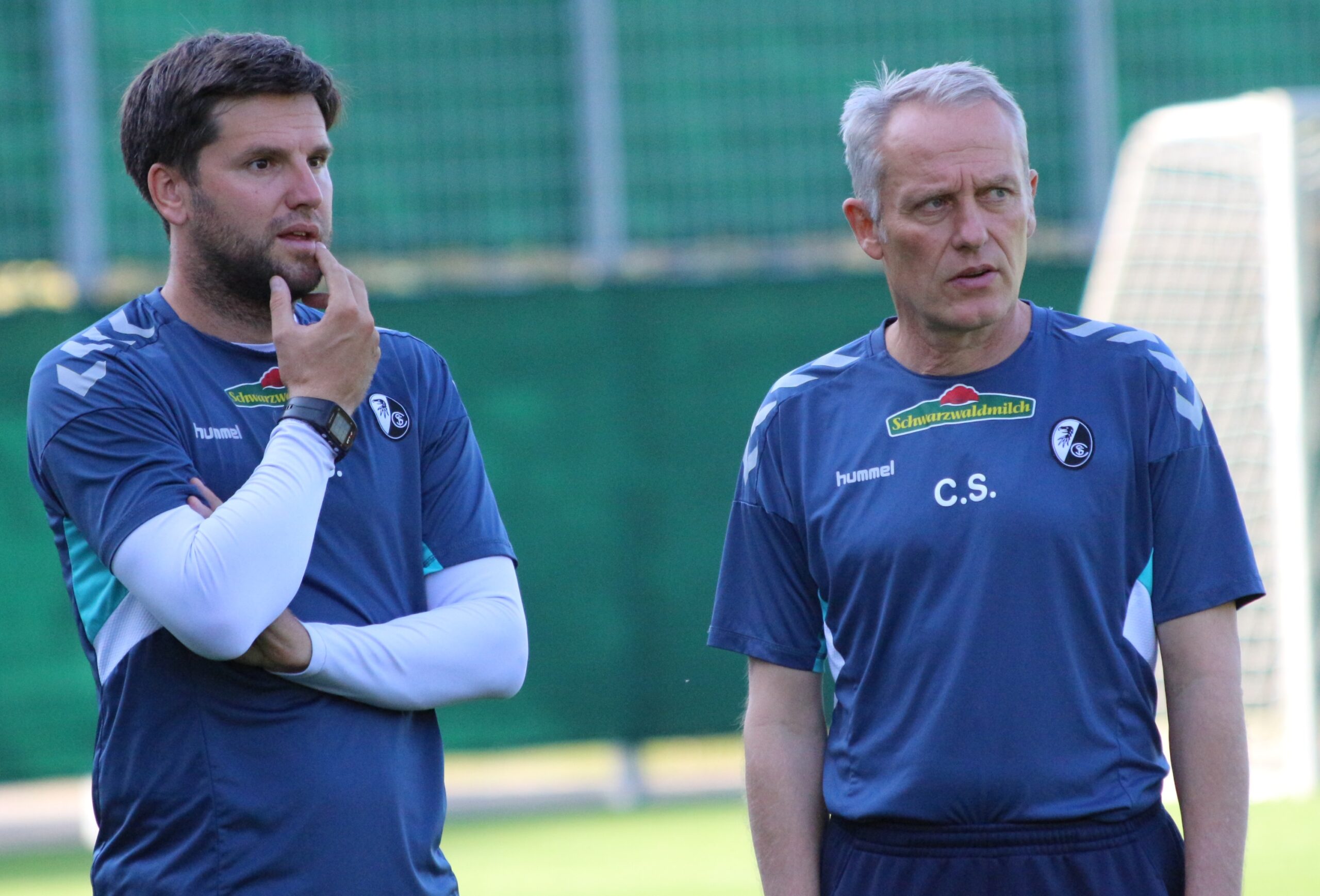 How the club connects young talents to society through football

SC Freiburg is the leading Bundesliga club in terms of how long they let their own youth play in professional matches. In the first half of the 2017/2018 season, Freiburg let their youth play 4938 minutes in the league – more than any other of the 18 Bundesliga teams. This shows that Freiburg has understood that “learning-by-doing” is essential for young, dedicated, and loyal individuals who aim to aid their employer.

Even though not directly out of Freiburg’s youth academy, youngster Roland Sallai played a big part in securing the team’s first win of the 2018/2019 season. The 21-year-old Hungarian striker scored his first goal for his team in his first game, paving the road to Freiburg’s 3:1 defeat over VfL Wolfsburg.

But how did this talent reach a club in southern Baden-Württemberg? In 2009, Sallai joined Videoton FC Szekesfehervar, a Hungarian first division professional football team. This was when the then-12-year-old first appeared on SC Freiburg’s radar. On his way to the Bundesliga-team, Sallai played for European teams such as US Palermo and APOEL Nikosia, only to name a few.

Always having been a club that is known for being humble, accepting, and modest, it did not come as a surprise that coach Christian Streich expressed his opinion on the current refugee and migrant flow coming into Germany. At a press conference in September, Streich said that he expects an active stand against racism and discrimination by the professional Bundesliga clubs. A human is a human, no matter where he is from.

Following this very positive state of mind towards integration and acceptance, it is interesting to look behind the scenes and understand how a club like SC Freiburg welcomes players and what is done to make them feel comfortable in the country where they are playing.

This is where the educational director of SC Freiburg’s football academy Stefanie Nerling comes in. She works to allow for a smooth integration into the club and German life for players and has been with the SC Freiburg football academy since its founding in 2001. She is part of a team of 40 people, ranging from professionals to part-time teachers that coach youth teams in their spare time.

Nerling: “I started working for the professional team more than 20 years ago and was working as a freelance teacher for German as a foreign language. We quickly saw that integration is not only done through language lessons. To properly help integrating, I was firmly established, first part-time as a German teacher and a kind of integration monitor.”

Given that the players live and interact in a German environment on a day-to-day basis, the players learn the language quite quickly. Stefanie Nerling says that there is no more than 2-3 hours time a week to teach German at home. “The integration into everyday life, training, and regeneration takes away most of the time. But by doing a lot with videos, pictures, and so on, it is easy to understand what the coach expects even without fluent German.”

The motivation to learn German is there

An important motivating factor is the interest of the players’ families to learn the language. Especially wives are enthusiastic, often more than their husbands. “We often teach couples together. Most wives, depending on where they come from, don’t have a work permit when they arrive in Germany, so they have the time and the urge to learn and do something. For example, Roland Sallai’s wife has just bought notebooks and folders to improve their learning experience.”

When a player is injured and demotivated, Stefanie Nerling says it’s important to give the player courage and be interested in him, but that she could never involve herself in the decisions of the football club – these decisions are to be explained by the coach only. As for teaching, “it’s important to not purposely ignore football when teaching the players, but the recent game does not have to be the main topic of every lesson. I don’t change the subject to the weather, but  I just look for non-game related topics, for example, the EM application of Germany.” 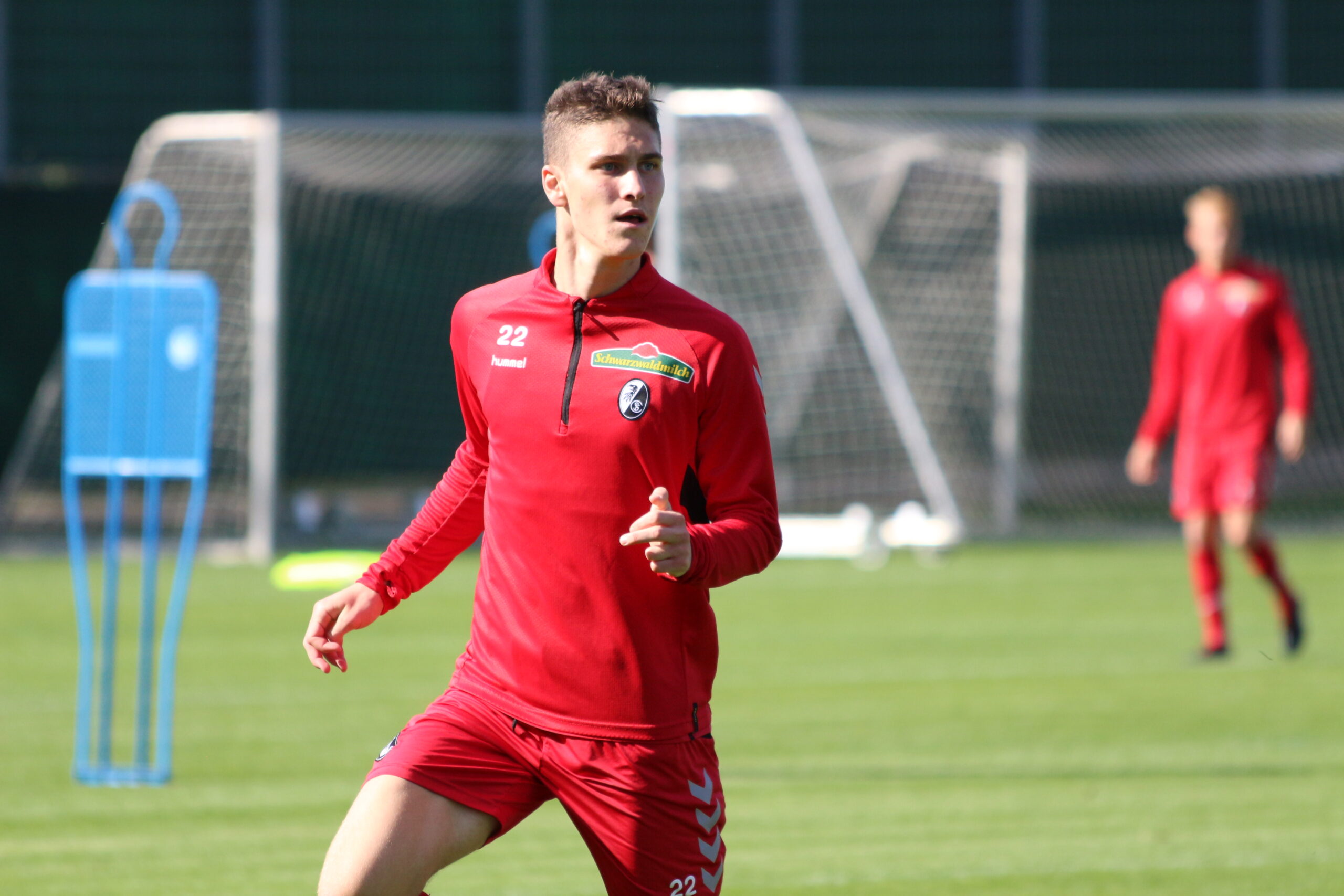 In terms of how to approach young people who have already experienced so much, Stefanie Nerling tells us to remember that “football is a sport that has an insane social range. Some have already experienced a lot, some come from the Black Forest. As for Roland Sallai, he’s always been very independent from a very young age. He was at boarding school, changed clubs so frequently, and he is attractive to other teams. Yet, he is still very sensible. He does not convey the feeling that he is doing us a favour in having joined Freiburg, a club in the south of Germany. But everyone is different, and you have to expect and be prepared for that.”

When we spoke to Stefanie Nerling, she was just preparing one of her German lessons, “This morning I’m in the football academy, but I’m currently preparing some content for Roland Sallai. I’m seeing him this afternoon for a lesson.”